Infinity Investigative Solutions offers onsite customized training to meet the needs of your organization. Infinity has been presenting open source intelligence and internal investigations training seminars since 2005 to both the private and public sector. Our seminars focus on current techniques and procedures. Our team's combination of experience has developed a refined perspective into corporate, individual and financial investigations, and the associated processes.

Computer and Mobile Forensics for the Investigator

Internal Investigations and Forensic Accounting for the Investigator/Lawyer

Nicole's Open Source Intelligence classes are informative, thorough, efficient, practical, and fun. She uses practical examples and demonstrates her analytical thinking and the importance of curiosity. I have left each class with a rich, up to date set of open source research tools and a better investigative process for using them effectively.

Thank you again for the Cyber Source Intelligence & Social Media Training Seminar you presented! As anyone in this business knows, technology sources evolve at a rapid pace and it can be challenging to stay abreast of the latest resources. Nicole you always provide the latest tips and techniques of the trade, and your experience shines through your presentations!

I have found Infinity Investigative Solutions to be an invaluable resource. I would recommend them to anyone in need of an experienced, resourceful, discreet and ethical investigator. 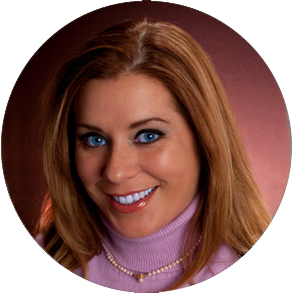 With over 20 years of professional experience in financial investigations, forensic accounting, and due diligence. In addition Ms. Gray has been providing supplemental litigation support services and open source intelligence training. She has been the lead investigating force within in-depth examinations into individuals, corporations, industries and organizations. Her unique skills associated with due diligence using the latest in technology, financial expertise and investigative experience have ensured success to numerous clients in their litigations. A strong leader for her investigative team, she's able to manage the larger picture of an investigation as well as the details of the associated cases. 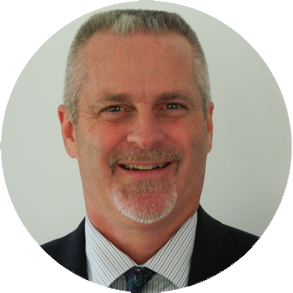 Prior to joining Infinity, Scott Rebein had over 27 years' Federal law enforcement and leadership experience at the IRS Criminal Investigations Division and as Deputy Special Inspector General for the Troubled Asset Relief Program (TARP). Mr. Rebein developed, initiated, and oversaw national and international, highly sensitive, high-impact law enforcement and public protective strategic initiatives. He developed and implemented internal controls programs and assessed compliance with established policies and procedures. He developed and maintained excellent, mutually beneficial relationships with a broad range of governmental agencies and private industry and served as liaison throughout the country with state and Federal prosecutors, and local Federal law enforcement offices. Mr. Rebein created a new Federal law enforcement agency in the wake of the financial crisis that immediately conducted criminal and civil investigations into the financial crisis and involving fraud, waste and abuse in the TARP, the government's $700 billion "bailout" of the economy.

Gary Carleton, Principal and Founder of Carleton Law, is a highly skilled and successful litigator with more than 35 years' experience. Gary works with Infinity primarily on internal investigations, compliance monitoring and security fraud cases. He began honing his trial skills in 1982, when he became an Assistant District Attorney in Brooklyn, NY. As a Senior Trial Assistant DA, he tried felony jury trials with a high success rate. As Senior Counsel with the U.S. Securities and Exchange Commission's Division of Enforcement, he conducted investigations that led to some of the Commission's most notorious insider trading cases, including Michael Milken, Dennis Levine, and Drexel/Burnham/Lambert. Gary led an investigative team responsible for conducting numerous interviews, reviewing tens of thousands of documents, and which helped lead to successful, high profile convictions.

Later in his career, Later in his career, Gary joined the Financial Industry Regulatory Authority (FINRA) (previously known as the National Association of Securities Dealers) and at different times worked in its Department of Enforcement, and as a Hearing Ofﬁcer. Over his career as Senior Counsel, he investigated and prosecuted a litany of complex litigations – including some of the most signiﬁcant enforcement cases ever brought by FINRA. His prosecutorial successes include manipulation of the Nasdaq market, trading abuses, sales practice abuses, elder financial abuse, anti-money laundering (AML), fabrication and falsiﬁcation of documents, net capital violations, and reporting/disclosure violations. One of the most well-known cases Gary prosecuted at FINRA was of Stratton Oakmont, which led to the ﬁrm's expulsion from the securities industry. As a Hearing Ofﬁcer, Gary oversaw many hearings and issued written rulings and decisions. He also had the rare opportunity to observe litigation from the bench and get a better perspective of what constitutes persuasive advocacy. Gary was also the Managing Director of Washington Litigation and Mediation Group before forming Carleton Legal.

Gary is currently a member of the Bar in New York and the District of Columbia.